“The actor must become the character, his emotions real, not pretended, the action happening, not indicated.” – Konstantin Stanislavski

At the Rehearsal Room, we are concerned with one thing: Truth. The truth of the moment. The Rehearsal Room is the only acting school in San Diego that truly teaches the art of “Method” acting. The instructor, Carey Scott, is the only teacher in San Diego to have studied under one of the masters. Carey was trained under legendary teacher Stella Adler, one of the founding members of the Group Theatre, teacher of Marlon Brando, Robert DeNiro, Warren Beatty, Richard Dreyfuss, Harvey Keitel, Martin Sheen, Ellen Burstyn, James Caan, Benicio Del Toro, Andy Garcia, Kevin Kline, Salma Hayek, Mark Ruffalo, and many others, and was the only American to study under Konstantin Stanislavski, the inventor of “Method” acting.

This is what acting is and that is exactly what we are after at The Rehearsal Room. We are concerned with one thing: Truth. The truth of the moment.

Carey’s classes are based on Stella Adler’s teachings. The concepts he learned from her in New York and Los Angeles from 1986 to 1992. Carey will teach you to strip away all the unessential baggage you bring to your work and bring it down to the bare truth. So you aren’t acting anymore, just being. There are no gimmicks in this class.  This is an intense scene study class for serious actors concerned with truly learning the craft of acting. Exactly the same class as the actors listed above took.

The class does have an emphasis on film and television so we do cover on-camera techniques, on-set etiquette, pictures & resumes, and everything you need to know to run your career. 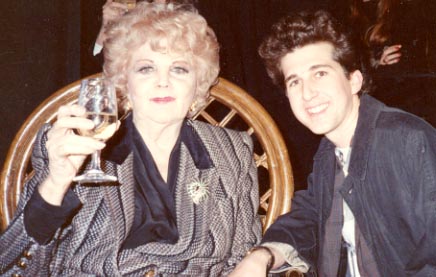